Is it safe to use public Wi-Fi networks without VPN which are present almost everywhere? From our offices to homes to public spaces and even during normal commutation, we can find an array of open Public Wifi networks available.  There are millions of unsecured public Wifi networks around the world and they are only multiplying manifold with each passing day. But how dangerous is it really to not use a public wifi VPN?

Table of Contents show
1) What Are the Dangers of Using a Public Wifi VPN?
2) Using Public Wifi the Right Way
3) Using VPN for Public Wi Fi – Pros and Cons
4) How to Hide Other Wifi Networks?
4.1) Get Throttle Free Internet with VPN
5) What is Throttling Internet?
5.1) Is my internet being throttled? How to tell if your internet is being throttled by your ISP?
5.2) How to Do an Internet Throttling Test?
5.3) How to Stop Internet Throttling and How to Speed Up Throttled Data?

What Are the Dangers of Using a Public Wifi VPN?

An unsafe Wi-Fi network is identified by any ‘open’ network that does not require you to put any password or any login credential to use it. These networks have no encryption, and the people using it are easy targets for hackers. Any data that is put online using this network can be easily accessed and thus the users are at great risk. The hackers can steal your login passwords, bank details and other personal details like your location, your browsing history, your files and photos etc. Ignorance is not bliss when it comes to using public Wifi:

There are multiple ways by which you can keep your online data safe while using a public Wi-Fi:

Wondering which VPN should you use on public WiFi? We have compiled a list of the best vpn public wifi for you to choose from:

How to Hide Other Wifi Networks?

In order to hide the different WiFi networks around that you don’t want to see, you can simply go to the ‘Network and sharing’ centre or ‘Wifi’ menu in your device and select a Wifi. You can click on ‘Forget’ to remove that WiFi from appearing in the list.

Get Throttle Free Internet with VPN

We all love being on the internet. We love streaming, scrolling, liking, sharing and posting. Each and every part of our lives, every nook and corner, is connected to the internet. We are constantly connected to the online world and spend the better part of our day on the web. With the emergence of the trend of ‘binge watching’ and updating your feed constantly, there is a new modern day problem called ‘throttling’.

What is Throttling Internet?

Internet throttling has been around since a long time now and was earlier done only when it was absolutely unavoidable. In earlier times, this did not affect the user so much but now that we are streaming in 4k and constantly downloading stuff from the internet, our bandwidth consumption has increased.

The Internet Service Providers are failing at keeping up with the speed and bandwidth requirements and are using network throttling. ISP throttling is unfair and unjust to the customers as they pay the full amount to get internet access and still their internet speed is cut down.

An ISP throttling test  is done by installing a Virtual Private Network (VPN) and measuring the speed of your internet again. If your internet has a much faster speed with a VPN being installed in your device and slower without it, your ISP is throttling your internet service.

How to Do an Internet Throttling Test?

Are you thinking “is my ISP throttling?” Do not worry as we have listed a step by step guide for you to perform an internet  throttling test for your internet services:

Note: You can also visit www.eff.org to test your internet speed in the similar way

How to Stop Internet Throttling and How to Speed Up Throttled Data?

Wondering how to stop ISP throttling? There are certain steps that you can take to stop data throttling on you device:

1.  Use a VPN that can disable internet throttling automatically: There are vpns available on the internet which can nullify speed throttling : 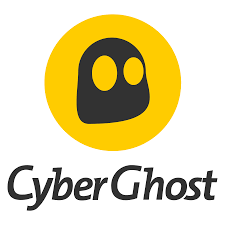 3. Avoid using free vpns or free proxy: It is even easier for your ISP to monitor your online activities and throttle your data speed if you’re using a proxy. Thus we recommend to not use one.

4. Refresh your router and use a wired connection

5. Find yourself the fastest server and then turn on the automatic reconnect feature on the app.

Hope, The above article will help you to understand How safe is it to use a vpn on public wifi. Let us know in the comment if you have any query, suggestion for Free VPN.